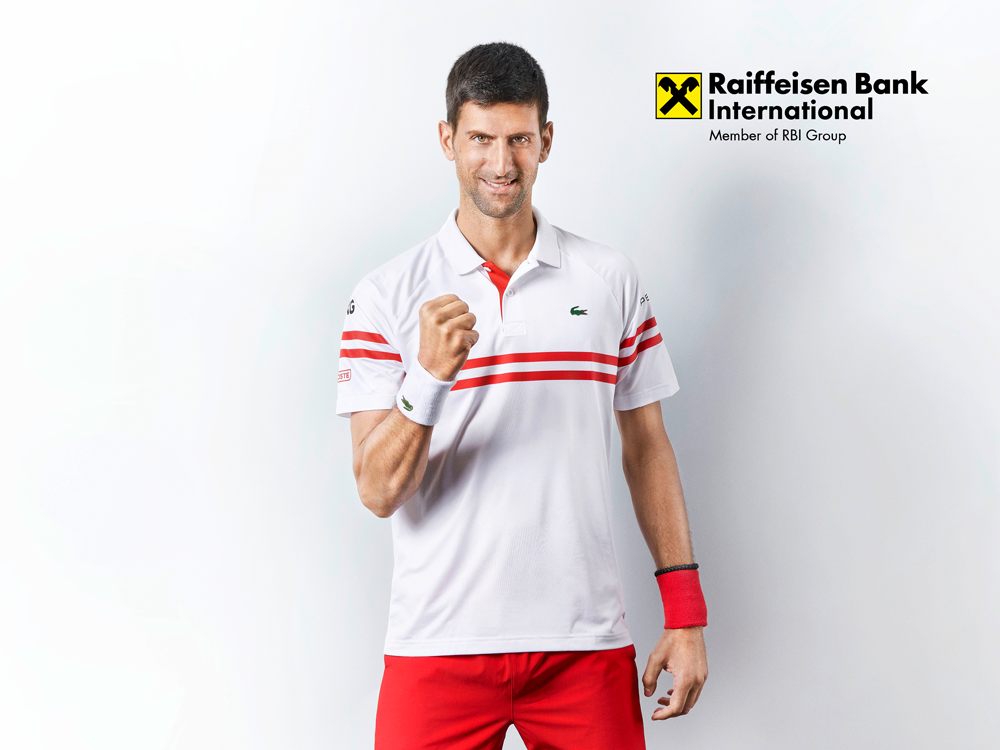 Serbian tennis star Novak Djokovic and Vienna-based Raiffeisen Bank International AG (RBI) announced a partnership today. Djokovic, who has been holding the number one position in tennis for the record time of 316 weeks, will be a brand ambassador for RBI and its subsidiaries in Central and Eastern Europe (CEE). Raiffeisen will also support the recently established Tennis Academy of Novak Djokovic in Belgrade.

“I am very honored to become a brand ambassador for Raiffeisen and partner with them on a very important project for me – my academy in Belgrade. They will help me to support young tennis players in their efforts to become champions both on and off the court. Having a strong team along my side has made a huge difference for my career. Therefore, I wish to offer such environment to the future generation of players in my academy. Raiffeisen is an important partner in this effort and together we will work towards helping tennis grow,” said Novak Djokovic.

“We are very proud that Novak Djokovic will act as our testimonial underlining our vision to be the number one bank in terms of recommendations. He is one of the most – if not the most – successful and admired sportsmen coming from CEE. Due to the fact that we share very similar values, we believe that our partnership is a perfect fit,” said Johann Strobl, CEO of RBI.

The term of the cooperation is three years with the option to prolong. Apart from the general support of the academy, Raiffeisen will support young players to participate in important youth tournaments. In addition to appearing in commercials and social media activities of Raiffeisen, Mr. Djokovic will participate in selected events of the bank. The first commercial was recently filmed in Monte Carlo, the residence of Novak Djokovic, and will be launched in CEE in a few days.

Novak Djokovic is the winner of 82 ATP-tournaments, among them 18 Grand Slam tournaments. He won all four Grand Slam tournaments, most recently – for the ninth time – the Australian Open in February. He was born in Belgrade, is 33 years old, married and has two children. More than 7 million people each follow him on Facebook, Instagram and Twitter.